Dr. Odom on the Benefits of the COVID-19 Vaccine 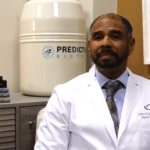 Dr. Odom - Benefits of the Vaccine from New Perspective on Vimeo. Learn more about the benefits of the COVID-19 vaccine from our friend and partner, Dr. John Odom. Dr. Odom founded Odom Health & Wellness in 2006 to help people live life to their fullest potential. He has been practicing medicine in the Twin Cities for over 20 years and his specialties include orthopedics, geriatrics and emergency medicine.  Dr. Odom has also served as Read More »

Click on the image above to see who won the $500 Prize Drawing for submitting an "I'm getting the vaccine because.." selfie. Thanks again to everyone who submitted a video! 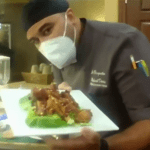 Michael Davis, Culinary Services Director at New Perspective Franklin, made an appearance on Paula Sands Live to share his delicious and unique Thai Chicken Wings with Berry Drizzle (PB&J Wings) recipe. If you're looking for comfort food to help fight off the winter blues, be sure to try this out! Watch the interview and get the full recipe.

Updated Guidance on Face Masks from the CDC 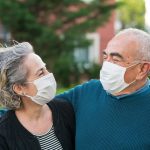 Fox News reports that the CDC has expanded on their previous stance on mask wearing. Their original guidance focused on the benefit of wearing masks for those around the mask wearer—they have now updated this, saying that it is also a benefit to the person wearing a mask: "The CDC said early research supports community masking to lower virus spread, particularly when it’s estimated that more than half of transmissions stem from asymptomatic people. The Read More » 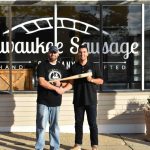 Construction on Routine Field to wrap up prior to team's May 24 home opener by Maredithe Meyer | Originally Posted February 26, 2019, 2:08 PM Local businesses Zuern Building Products, Milwaukee Sausage Company and WaterStone Bank have partnered up with new minor league baseball club Milwaukee Milkmen as sponsors of its ballpark, Routine Field, which is being constructed at The Rock Sports Complex in Franklin. The 4,000-seat stadium, which will also be home for the University Read More » 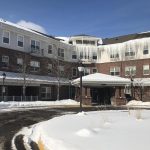 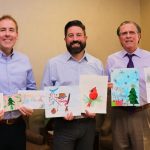 Beauty, bistros and bars: Today’s senior living facilities have it all 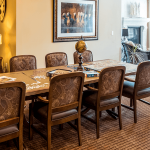 by Corrinne Hess, BizTimes-Milwaukee Business News October 16, 2017, 1:01 AM When Ryan Novaczyk’s grandmother Betty came to live with his family after developing Alzheimer’s disease, they decided the best way to keep her healthy was to keep her busy. Betty enjoyed the outdoors, so she helped the family rake, pull weeds and garden. Most of the days, she went to bed because she was tired, not because she was overmedicated, Novaczyk said.  In 1998, the family Read More » 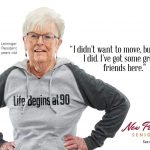