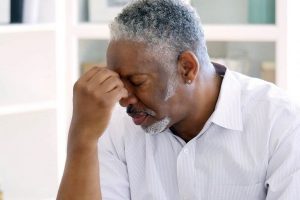 Today is World Elder Abuse Awareness Day, launched 13 years ago by the International Network for the Prevention of Elder Abuse and the United Nations. It’s purpose: to remind the world of the need to protect every senior citizen from physical, emotional, financial, and even sexual abuse.
According to the National Council on Aging, 1 in 10 Americans age 60 and older experiences some form of abuse over the course of a year—as many as 5 million seniors annually. Nearly half of all adults with dementia have experienced abuse or neglect, the agency reports.

Financial Abuse Is Most Common

Financial elder abuse, in which a senior citizen is coerced, bullied, or tricked into relinquishing hard-earned assets, is the most common form of elder abuse and the fastest growing. Yet by one estimate only 1 in 44 victims reports the crime.
Most of the abuse is committed by family members or people the senior knows. Scams by strangers, though less common, often happen more quickly and can result in bigger financial losses.
A conservative estimate of annual losses is $3 billion, according to a study published in 2011 by the MetLife Mature Market Institute. In a 2015 study, the financial services company TrueLink put the figure at $36.5 billion. AARP reports that the average loss by a victim of financial exploitation is $120,000.

Action in recent years by legislators, law enforcement, regulators, not-for-profits, and the private sector is beginning to make a dent.
For instance, an increasing number of financial institutions are training tellers to take note when an elderly customer appears stressed, or begins making large withdrawals, which could indicate the senior is being defrauded.
AARP’s BankSafe initiative, which among other activities trains bank and credit union personnel to spot fraud, was made available to financial institutions nationwide last month.
“Many institutions have joined the fight, but more must be done to protect the hard-earned life savings of older adults,” says Jilenne Gunther, senior strategic policy advisor at AARP’s Public Policy Institute.
In the House of Representatives, The Stop Senior Scams Act, H.R. 2610, has bipartisan support. The bill would bring together experts to collect and develop educational materials for online and walk-in retailers, financial institutions, and wire transfer companies to use in preventing the type of scams that occur when fraudsters ask seniors to send payments through gift cards, by wire transfer, or by credit card.
“Often the only ones in a position to see what is happening in time to help stop a scam are the ones who are part of the payment process—the banks, gift card sellers, and others,” says George Slover, senior policy counsel for Consumer Reports, which is supporting the bill. “This is to make sure that those people are educated on the role they can play and what to look out for.”

How to Protect Seniors

But there’s still a long way to go in stopping fraud against senior citizens, and individuals are still the first line of defense. Here are five ways consumers can help ensure the safety of the elderly:

Today, New Perspective Senior Living operates 21 senior living communities serving over 2,000 seniors through Independent Living, Assisted Living and Memory Care options, with a goal to be serving 10,000 seniors by 2025. Based in Eden Prairie, Minn., the company has won multiple awards including Top Assisted Living Facility, Best-of-the-Best Dining Experience and Top Workplaces. In addition, Todd Novaczyk, was recently profiled in the Senior Housing News, The Leadership Series, while Ryan Novaczyk was just named to 50 for the Next 50 by Leading Age of Minnesota